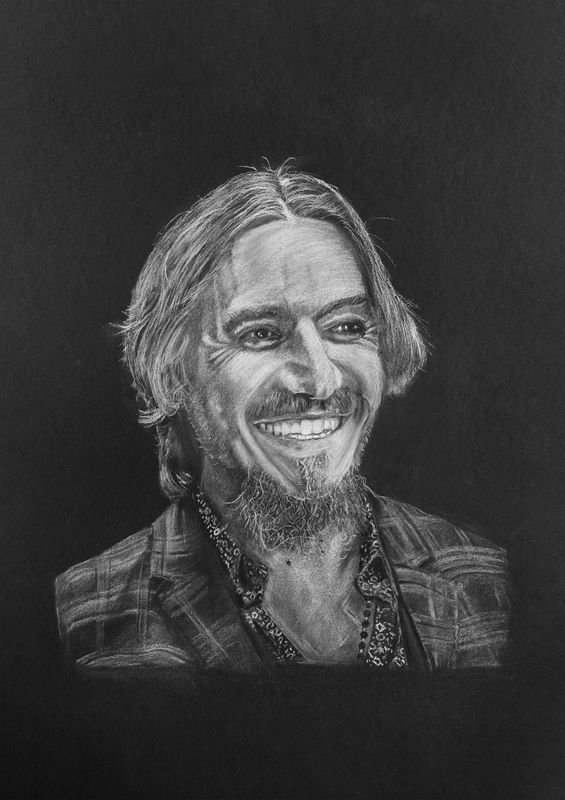 Renowned and well respected Swansea artist Mike Isaac held a black and white art exhibition at the Swansea Waterfront Museum between the 12th and 14th April 2019.

Part of the exhibition included a portrait of a famous Argentinian artist Felipe Perez who gave Mike his permission to display the work after seeing the painting Mike had produced of him. Mike and Filipe had met by chance at Cardiff’s Whitewalls and after chatting to each other it was obvious they were artists who liked to produce in the same style. When Filipe Perez saw the portrait Mike had produced of him he allowed him to display it amongst his many portraits in the Ocean Room at the Waterfront Museum, Swansea.

This video is a record of the exhibition from setting up to people admiring Mike’s work.

COVID-19 Update – We are shipping out as normal. However, due to any lockdowns in progress, we may have difficulty with our suppliers, as below please contact us if purchasing for a specific date, please let the gallery know in advance so we can try to accommodate your needs.

All Artwork/Sculptures that are showing are either in the gallery, with the Publisher or with the Artist.

All Artwork/Sculptures physically in the gallery we aim to ship out within 2-3 working days. However, if the piece is with the Publisher/Artist this may take a little longer.

If purchasing for a specific date, please let the gallery know in advance so we can try to accommodate your needs.

Faulty goods must be notified within 24 hours of receipt.